The Marche in the plural is now perceived as the region to be experienced for this summer also thanks to Roberto Mancini, coach of Italy champion of Europe, testimonial of the Marche

The emotional spots of the Jesino technical commissioner of the European Champion national team Roberto Mancini, (testimonial of the Marche), are gathering an exciting success, together with the wild beauty of Portonovo, 180 kilometers of coastline, with beaches, coves and breathtaking bays, where you can indulge yourself an exclusive and relaxing dream, together with the high peaks where you can find refreshment for mountain lovers; a mix that becomes an absolute must, which is fascinating national tourism and beyond, towards this land that represents Italy in a Region.

These are just some of the issues addressed by Carloni himself, by the President of the Single Chamber of Commerce of the Marche Gino Sabatini and by the Magnificent Rector of the Polytechnic University of the Marche Gian Luca Gregori, in the press conference for the presentation of the week dedicated to the Marche (from 20 to February 26, 2022) at the next Expo, in support of companies from the Marche who want to present themselves at this universal exhibition.

The Marche’s food and wine will certainly be the master, in a week where the preciousness of Mother Earth will be presented starting from the truffle and all those biodiversity that tell the ancient cereals, the legumes of the tradition, the mountain pecorino, but also a narration wonderful that will bring magnificence.

Gala evenings, b & b, show cooking, promotion and visibility with great impact of the Marche for businesses at the next Expo Dubai, through events not only at the Italian Padigilione, but also during FuoriExpo, with the support of contributions from the Marche Region and the Chamber of commerce.
The Marche style points to high value-added markets, where we must arrive to communicate a moment of restart that will surely give us honor and international appeal; with these strategic words Carloni and Sabatini concluded the initiative at the Loggia dei Mercanti in Ancona. 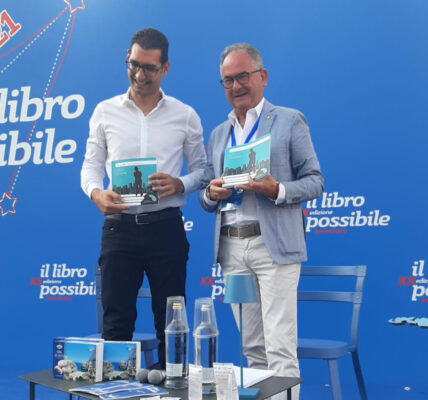 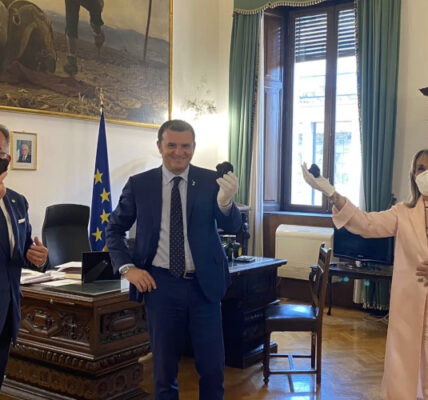 Meeting at the Ministry. The Truffle Supply Chain and Ceremonial want to fascinate the guest 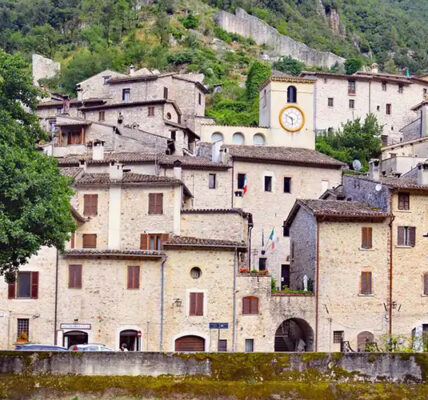 The relaunch of villages in a green key: a new opportunity for women and young people 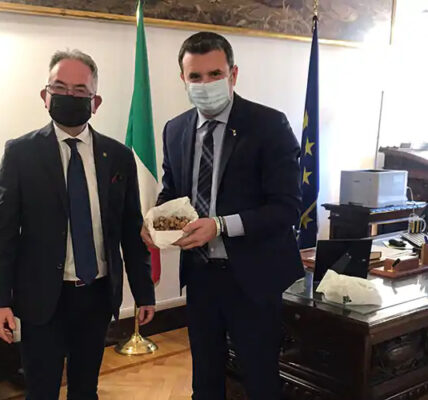 Truffle quarrymen to be protected: we think of a professional register