Among the food products of the forest, truffles undoubtedly occupy the place of honor, especially for the delicacy that has earned them the title of diamonds of the kitchen. They have always been a tasty and refined dish.

According to what we read, the Babylonians already knew truffles, but surely the Romans loved to eat them in their sumptuous banquets and they were certainly part of the fabulous banquets of the Renaissance courts. Even today, being able to offer truffle-based dishes to diners is a sign of refinement and prestige. And to think that it is a shy and mysterious mushroom that does not look like ova or porcini, but that is hidden underground with the reluctance of sleepers.
The truffles that botanically are ascomycetes and belong to the Tuber genus, have various shapes, colors and sizes and if the good Lord and the season allow it, you can delight in fresh truffles throughout the year since there are different eras in where edible species are collected.

On foggy autumn days, nothing warms the heart more than the intense particular scent of the white truffle, Tuber magnatum. In those cold winters there is nothing better than a warm dish with sweet black truffles like Tuber melanosporum or strong ones like Tuber brumale. In spring you can count on the strong and penetrating scent of Tuber albidum marzuolo while under the heat of summer days nothing better than the faint and delicate scent of the truffle of the rind Tuber aestivum. Then at the end of the summer, before returning to intoxicate ourselves with the intense scent of fine white, we can prepare the palate with the pleasant flavor of Tuber macrosporum.

One day the officer gave the emperor a basket of truffles and exactly nine months later, they swear in Perigord, Maria Luigia gave him a son the king of Rome.
The confirmation of the aphrodisiac power of the truffle is published in the magazine “recerche” which clarifies the mystery. Thanks to the work of German researchers from the Institute of Physiology of the University of Lübeck. These have shown that the truffle contains among the odorant substances a volatile alcohol with a musky smell, derived from androstane, very close to testosterone, which could be considered a human sexual pheromone or in any case a chemical messenger that has a stimulating effect. However, the human being is unable to accurately identify the underground location of the mature truffle and must resort to an animal with a very sensitive smell.
Today the research is carried out, we all know, with the help of trained dogs, while in the past sows were used, capable of discovering a truffle up to one meter deep. Unfortunately, their impetuosity in digging leads to the deterioration of the mycelium, for which the use of the dog has prevailed, also in consideration of the fact that it is much easier to move from one place to another with this second animal.

However, today the impetuous attitude of the sow is explained as it is unable to resist the smell of truffles. This digs to unearth the truffle because it reacts to its aroma for a sexual mating behavior, recognizing in the smell of the mushroom that exhaled by the boar, that is, uncastrated male pig. In fact, in the precupulative period, the boar’s saliva contains a mixture of molecules, belonging to the group of non-androgenic steroids, with 19 carbon atoms, with the double bond in C16, deriving from androstane, of which this volatile alcohol belongs, which it would therefore have the safe role of the sex pheromone for the swine species.
It would also be a human sex pheromone, since the same mixture of molecules that is synthesized in the testicles of man migrates into the axillary sweat glands, where it is secreted with sweat. The erotic effect of this musky-smelling volatile alcohol is hypothesized through the experimental results obtained by researchers at the University of Birmingham. This alcohol therefore stimulates erotic desire in man and therefore the truffle containing it is a chemical stimulant and could worry us for health due to possible intoxications, but this damage is very unlikely since its concentration is 50-60 nanograms per gram of fresh truffle.
If anything, the only major drawback, with the conceivable consequences that an abundant consumption of truffles would have on people’s love life, is represented by a heart attack, but not so much due to an increase in love activity, but rather due to the invoice of the restaurant. 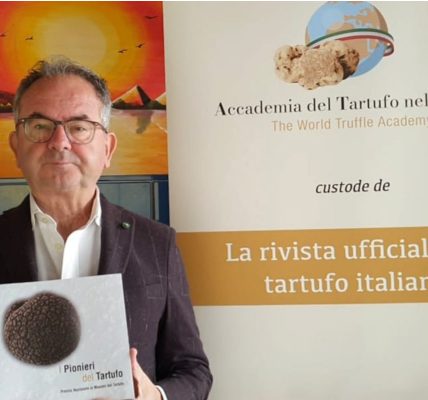 The academic college “I saggi del Tartufo” is born 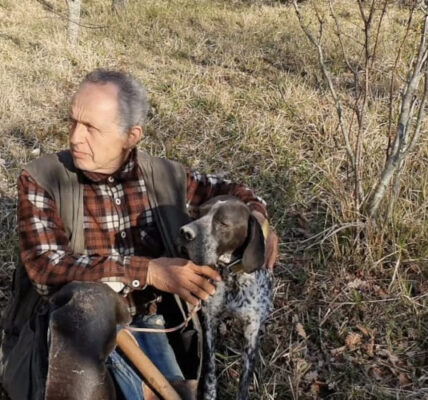 The most unusual places to find a truffle 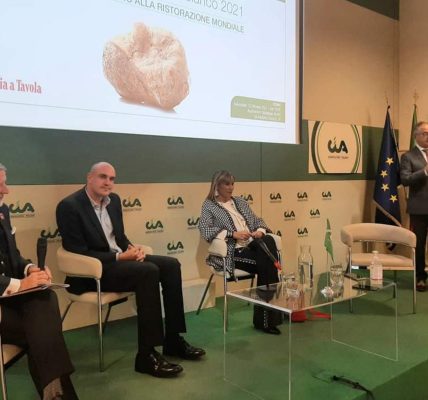 The world tour of the Truffle 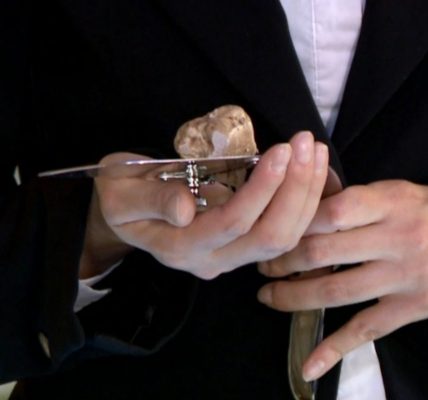 Academic commitments for the next three years. The vision is dutifully international